ZL – What made you choose folk tales for your series?

SR – Art is many things at the same time for audiences and artists, but one of the most important to me in this phase of my life is the idea that Art is Play – making or appreciating anything provokes an emotional response and in a world of hard noses and cold shoulders, the emotion I am most keen on pulling to the surface is delight.

Every time I set out to make comics, I was finding that I’d box myself in by insisting that the piece must be Original or Important or Worthwhile.

I think that was a valid reaction to seeing a lot of work that is very well executed but … why does it exist?

So much stuff consumed, with no change in my world and no desire to reread it left me muttering ‘that was well done, but why did you bother? And why should I care?’

I didn’t have that problem with my paintings or drawings – I was embracing accidents and chance and letting images grow from the different ways I could play with the media.

It seemed that retelling existing stories could be a way of getting past myself, so I wouldn’t obsess over the ‘value’ of a project and could enjoy the Play. Folk tales, myths and legends have been a recurring choice for me as a consumer over the years and I like the way that the same story can be told in ways that differ slightly or wildly. It’s like music in that respect.

So, I reasoned that if I work (sometimes) under the banner of Once Upon Again… I would never run out of material or challenges and wouldn’t hit a what-to-do block when snatching odd hours for work, as I often have to.

I may never have tested the idea if it hadn’t been for a chance meeting with Jon Mason, the Storyteller who became a collaborator. We both had a love of Norse myths and the Marriage of Njord & Skadi turned out to be one we’d each been tinkering with independently – so it was a quick decision to work together on the new comic, focusing on ‘the giantess who came for revenge, but chose a husband… and then chose again.’

That makes Once Upon Again number 1, and number 2 is a 2-page comic I did of Loki & Coyote Talking By A Tree, but OUA 3 will probably be my more comical retelling of the Njord & Skadi tale – old stories being told and retold in different ways really appeals to the part of me that wants to use more than one approach and my interest/obsession with formalistic aspects of the comic form.

ZL – Do you remember the first time?

SR – The first time? That was probably a Goofy t-shirt I had around age 5. I probably wore it for a while, but what I remember is tracing the image over and over and over and then drawing the cartoon character without tracing because I’d worked out the ellipses he was made from. And then drawing other figures. It may not be a true or accurate memory given how early it was, but I treasure it as the spark that lit a fire in me for drawing. 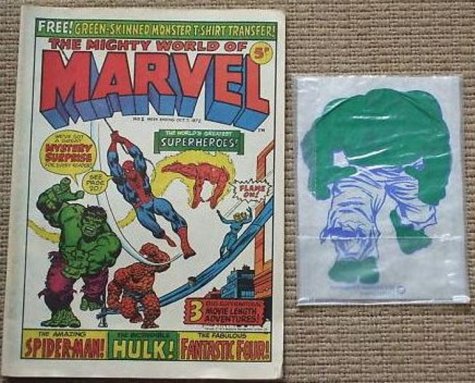 The first identifiable pieces of art I can remember loving were Tove Jansonn’s pictures with pen and word in Finn Family Moomintroll; Starry Night by Van Gogh (on a biscuit tin or a place mat at somebody’s house, I think); and the drawings of Jack Kirby/Steve Ditko in Mighty World of Marvel number 1 (and the t-shirt transfer that came with it! for somebody who never got in to self-expression through fashion, pictures on clothes seem to have loomed large in my formative years)

ZL – Given an unlimited budget and all the time in the world, what would be the project you’d make to be remembered by?

SR – I’d like to publish a line of superior comic works by other artists – funded to create their best work over a proper time frame; edited and mentored and stretched to make each piece a substantial and lasting work; promoted and distributed to an audience that is taught to appreciate comics as more than stories or visuals

ZL – What single creation would you settle down with and just chill?

SR – I watched Star Wars hundreds of times growing up so that film is definitely a relaxing comforter. I would read the works of Tove Jansson or the Tales of the Norse Gods & Heroes by BL Picard in books and Krazy Kat or Calvin & Hobbes in comics. Maybe listen to Colours by Ken Nordine (Spotify)or something

ZL – You have a new comic, NORSE COMIC: (Once Upon Again) The Marriage of Njord & Skadi, out soon.  What image from this work would you choose to have pasted all around town?

SR – I guess I’d use the cover image for Njord & Skadi, because it shows her as the one with more gravitas and it’s obviously a ‘love story’ but it’s not a romance comic or a norse battle. Plus it shows the sort of drawing inside as well as anything can when so much of the art was made though deliberately accidental mark-making

sign up to my newsletter, including iesorno zines and body parts publishing news