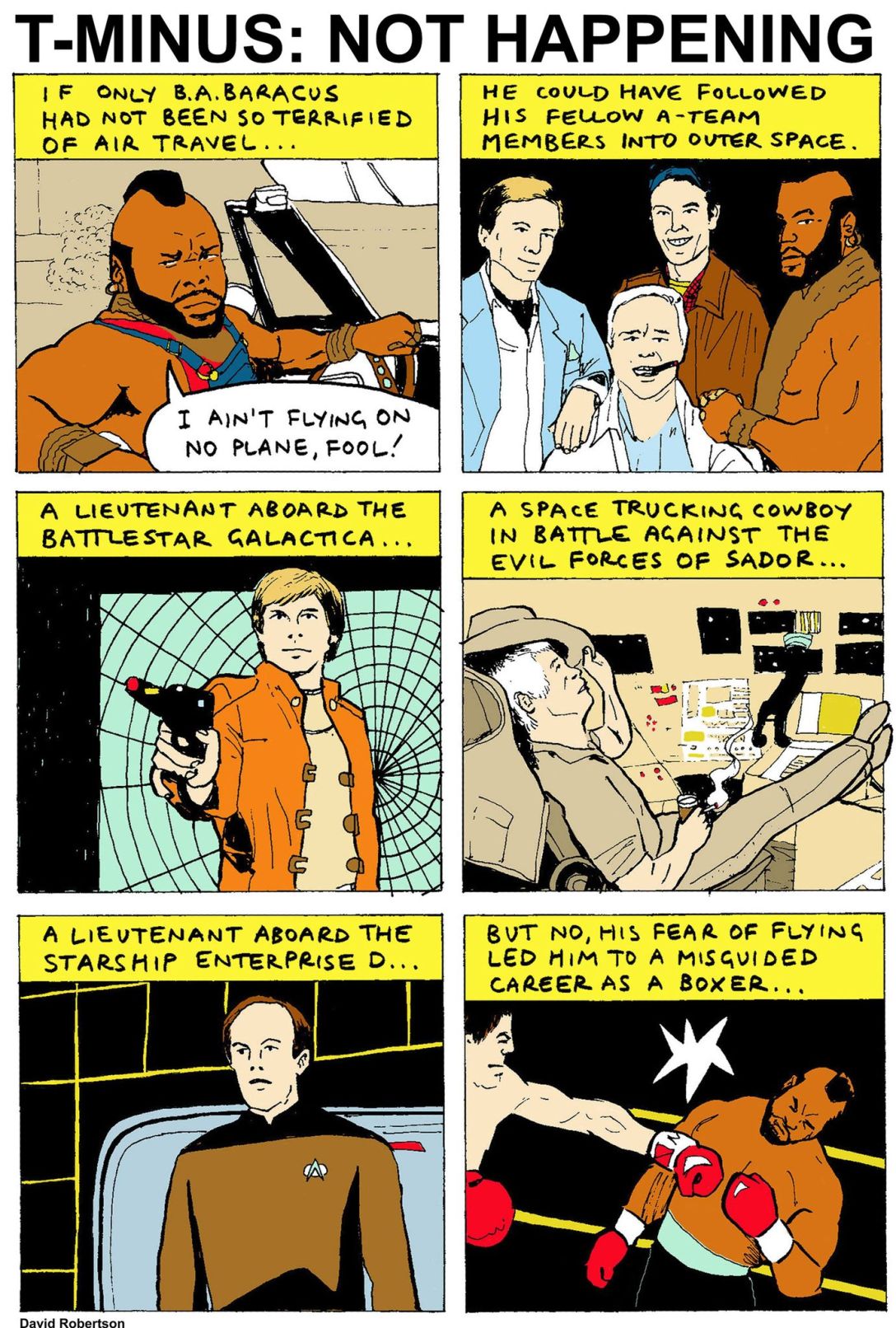 I know the name Fred Egg Comics better than I know the name David Robertson, but only because I’ve seen his comics mentioned by many of the people I follow.

What’s fascinating about David though, is that, as well as making comics, he talks and thinks about them and has a cultural reference more deeply steeped in fandom than mine. In fact, some of his strips drawing on sci-fi and Star Wars fandom are some of my favourite strips of his. You should check out his work as it’s very personal but very personable.

I’ll also add that he collaborates with some very good artists.

You can find David here

you can also find him on Comichaus if you subscribe

Comics creators have a tradition of being minimised, if not made completely invisible, by the publishers of their work. So, the comics I would enjoy from companies like IPC and D.C. Thomson would pointedly not tell me who had done the work I liked, certainly in the 1970s. I didn’t have a name to attach to the style. So, it may be someone creative in the pop music field. I always loved music and was a big fan of The Police, getting all their albums for birthdays or Christmas as they came out.

I was a big reader of Eagle and Starblazer comics and was fascinated by the extreme colour and shading contrasts, especially in characters’ faces, in the work of Ian Kennedy.

I also loved the comics of Jack Kirby, including his late 1970s Captain America and early 60s FF and Incredible Hulk, which were being reprinted in the UK.

I specifically remember looking at how Kirby drew fingers and copying that. Lastly, I used to watch Bugs Bunny and Danger Mouse cartoons on TV, drawing the characters from what was shown on screen. This was before the days of video and DVD, so you had to try to grab what you needed in a hurry.

I never thought that about any creator. I liked certain artists but didn’t think I would be as good as them. More the opposite, actually. I was obsessed with Al Williamson’s art for years (still am), and for a while was always trying to reach his style.

I realised all I could manage was a subpar version of what he did, and really even if I did manage to be “as good” as him – I would just be a Williamson clone. Trying not to be as good as other artists has allowed me to draw in my own style.

When I see good writing that ties story points or themes together in a good way, I get inspired. Sometimes I’ll be watching a programme on TV or reading about a group of people making something together, working hard on it, and I think I’d love to do something like that. Recently it’s been a documentary of making Blade Runner and reading Steve Howe’s book on playing guitar. Then I remember my field, my area for doing work like that, and giving something to the world, is in my comics. It does inspire me to get to work.

Steve Howe – All My Yesterdays 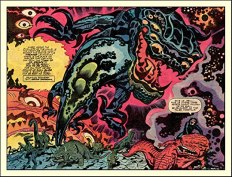 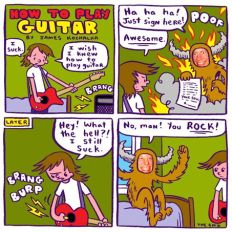 Tim Kelly is a cartoonist who I first came across in an APA 20 years ago. I love his style, and his humour. Even when I don’t know where he’s coming from, I always enjoy his work.  I’ll mention Tucker Stone of Comic Books are Burning in Hell. I always admire his storytelling, humour, insight and fearlessness. To me, that was the original comics podcast. Lastly, I’ll namecheck Treehouse Comics, launched by the two artists Stuart McAdam and Neil Scott, who I’ve enjoyed working with over the years.

I make comics, read comics and write about comics. My most recent Fred Egg Comic book is Mount a Rescue, which is an anthology written by me, with art from me and guest artists too. My own comics and articles have appeared in various anthologies, journals, magazines and websites. I contribute to workshops and podcasts. I’m a regular on That Comic Smell podcast. Other Fred Egg Comics I publish are the titles Bell Time; Berserkotron; Break the Cake; But a Dream!; Dump; Wow! Retracted; and Zero Sum Bubblegum. I love comics.

Podcasts I appear on can be found here

all art copyright and trademark its respective owners.